In a simple space made up of elegant letters the poet reads the newspaper with elegant spaces made up of simple letters on the day of the week on which it holds in store recommendations for him: "Specials of the Week, TV and Radio Programme, Watchlist, Book Tip, Letters Page" and so on. In the case of Dominik Steiger and "Der Standard" it is Thursday when it is disclosed where, when something is happening. This fast, pink newspaper, designed for fast, elegant people by journalists who are simply fast does not only hold ready a reading space to linger over for the contemplative reader Dominik Steiger: some call it museum, others, and this is more appropriate: museum in progress.

Organised by museum in progress, Dominik Steiger's LETTERFALLS appear, as it were, as a present from the media which the poet gives to himself. He is a recipient without an address, the man from the crowd who leaves space to the chance, "The text appears, the text does not appear", but whose role in this space is poetically determined. He shows that the world which (in Wittgenstein) is the case can also be the writing which falls from the letters. A writing which obstinately sets itself up against the quickly-approved of standardised language, but nevertheless still in its domesticised and ideologised form – the medium which acts as though it were the message.

The artist, not a separate social entity but a champion of aesthetic autonomy, does indeed indicate that this is a private as much as a functional and institutional compulsion but he is investigating the difference between art and public space and fills out this difference with an inversion of the saying: the message, if it is one, becomes the medium. EINS (ONE) is the title of one of these messages which is neither title nor message since the title is already a component part of the LETTERFALLS text, that sequence of letters which from top to bottom, perhaps as an acrostic, almost retains its meaning or arrives at it (although it bids the readers eye to move downwards: ANGEL and SPORT become one).

As an acknowledgement of a kind of systematic, it nevertheless does not grow into a system, not even into that of a crossword puzzle although it flirts with its outward form. That is to say, there is no rule apart from that of probability; for instance, to latch onto some meaning by reading across and thereby to use up all the available possibilities presented by the letters and give them a new interpretation. Now and again an intact word is found, but without a stable search plan; there are no clear directions for use. Not even, "Eye from the crowd read, find your word, create your meaning (or reject it or turn the page)!" However, further elaboration is possible.

Peculiar to the LETTERFALLS is their origin, in the alien, out of tilt language – which the reader may surmise since it is also his own unconsciously operating language. It has slipped off the dress of its inpenetrability – once again only "almost" – almost to work in the standard network of the operable. The small deviation from correctness, the small mistake – they are a part of the quasi-automatic in which Steiger's LETTERFALLS by no means only circulate because they have grasped how to escape from it and return to the network of conventional letters. Their delicate handwriting, their timid appearance, that is their "imprint" must not be blown away by the impression of charm – far more, thus less than the whole, they emphasise the compulsion to reproduce in the worlds of meaning, the universal indebtedness of even such a privately laid out meditation, the only apparent disunion of its parts, and nevertheless they hope (in vain?) for a modicum of idiosyncrasy, also the language – which has the power to assert itself poetically in the gap between public and private speech. A (hand)writing which itself gallantly takes its compression into a single statement, which would mean the discrete disappearance of others, into its writing hand and elegantly scatters it unadorned. 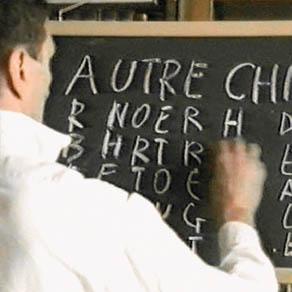 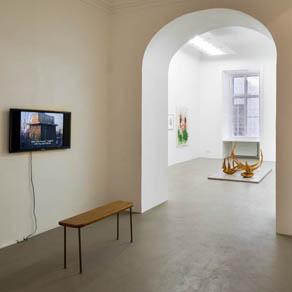 Dominik Steiger in curated by_ 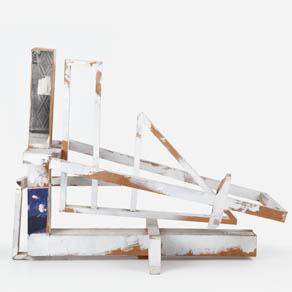 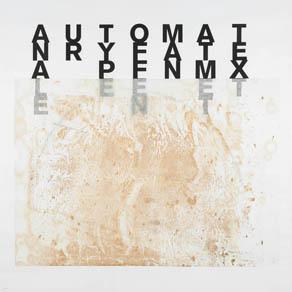